To go along with a Patreon post on how to rewrite a story ($, patrons only), I thought I’d publish some statistics on rewrites.

As of today, we’ve offered 73 submitters the opportunity to rewrite and resubmit their stories. Of those, 29 took us up on the opportunity, and a further 13 showed interest, but didn’t submit a revision. Of the 29 that submitted revisions, we bought 20 stories, with one more very probable. With three writers, I worked through one or more revisions, but eventually turned the story down. Five writers either decided not to make the changes required or stopped communicating; of those five, I’d say three stories had a very good chance of a sale. [Two more writers who today indicated an interest in a rewrite, but have not yet submitted, are only included in the overall (73) revision offers figure, but not in sub-items.]

At the end of the year, we’ll do a survey of authors offered rewrites, to see what they thought about it all.

Here’s some of that info in graphic form. 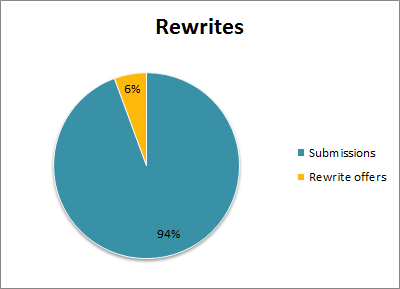 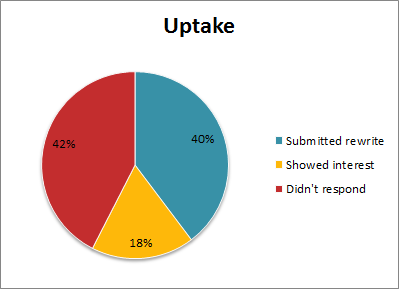 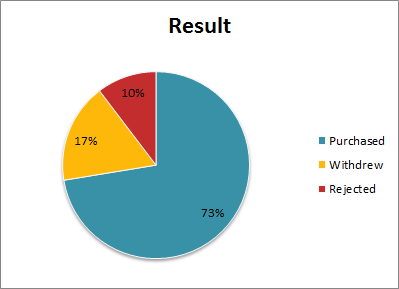