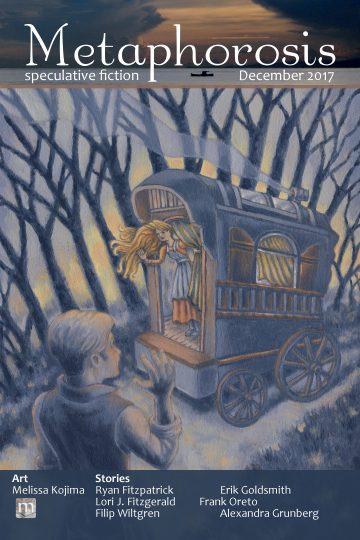 The cure for cancer exists. It can be found in the Mato Grosso region of Brazil, an intertropical convergence zone in the heart of the country. Due to the minerals and nutrients blown in from both the North and the South Sea, the area is covered in a thick blanket of rainforest, making the region rich in a biodiversity that extends not only to flora and fauna, but to other, harder to classify biota.

The cure for cancer grows, when the conditions are right, in the cell membrane of a rare and specialised fungus, belonging to the class of Basidiomycota known as Polypores. The conditions for the fungus to reach maturity are extraordinarily singular, and contribute to its sparse numbers. For example, because the fungus is saprotrophic and seeks its nutrients from decaying matter, the fallen tree on which it grows must meet the following criteria; dry yet near water; sheltered from rain, but unobstructed from the suns rays for eleven of the twelve hours it gives in this part of the world; and outside of the borders of any Capuchin or Tamarin tribes, both of which have evolved to find the hymenium of the polypore to be something of a delicacy.

However, in a cruel twist of biological fate, the polypore cannot survive the journey through the intestinal tract of either of these species. The fungus has also not evolved to feature basidiospores, and as such, its spore dispersal is limited and localised.

Due to these facts, the entire colony of the unnamed polypore can only be found in a thirty centimetre circle on the bark of a fallen rosewood, sheltered by a tilted rock and tucked into a bend of one of the Rio Negro’s many unmarked tributaries.

To extract the cure, the plant must be harvested approximately one week before it reaches maturity. The husk-like casing of the ruptured volva must then be picked, peeled, and dried, preferably under laboratory conditions to avoid contamination. However, open air drying would work too if necessity demanded it. Either way, this initial stage of the process can take between twelve and fifteen days, and visual indicators (a browning of the volva and a curling of the stem) will indicate when the fungi are ready for the next step.

When fully dried, the husks of the fungi should be removed and the remains discarded. The collected husks should then be crushed or blended into a fine dust and soaked in an aqueous solution of methylecgonidine. After three days (stored at room temperature in a dark space), the liquid should be passed through a neutral paper filter cloth to leave a dark, tea coloured liquid. It should be viscous in consistency.

The remaining mixture should be boiled at 95°C in sterilized equipment and the condensate collected and refrigerated. The mixture can then be administered intravenously in diminishing doses until the cancer is in remission. The remaining liquid can be ingested orally (either in pill or liquid form) or via transdermal patch. Long term use will complete the treatment, and the patient will be cancer free.

This is a relatively simple extraction process for medication, and although the conditions of the fungi’s growth are rare in the wild, they are easily recreated in the lab. What’s more, with only a few generations of selective breeding, the fungus could be made to be more potent and faster acting, making it a cheap and reliable source of continued good health for the 8.8 million sufferers of cancer per year.

But no man has yet discovered this, and it is possible that no man will.

A low rumbling sounds out across the landscape and birds scatter. It is the sound of gasoline combusting inside an engine.

A three-toed sloth moves sluggishly in the opposite direction, crossing the forest floor in a calculated but rare moment of risk. Her elongated claws, mottled as they were with patches of moss, lightly caress the group of fungi, knocking a few from the fallen trunk and into the mud. A few moments later and the sloth is gone, seeking refuge in the comparative safety of the tree tops.

If the sloth were sentient enough to be poetic, she might see the tree on which she now drowses as the mast of a sinking ship, the lookout for an ever diminishing life boat. In the distance – although not as distant as yesterday – the harvesters and forwarders continue their purge of the rainforest, pushing deeper, leaving behind them a wake of palm oil production.

The sloth closes her eyes, the buzzing of the far away machines lulling her into easy sleep. Beneath, predators and prey alike continue to cling to the lifeboat, battling for space as the walls close in around them. In the centre of it all, the Rio Grande, sometimes fast, sometimes slow, continues its unending journey. The cure for cancer awaits its fate.