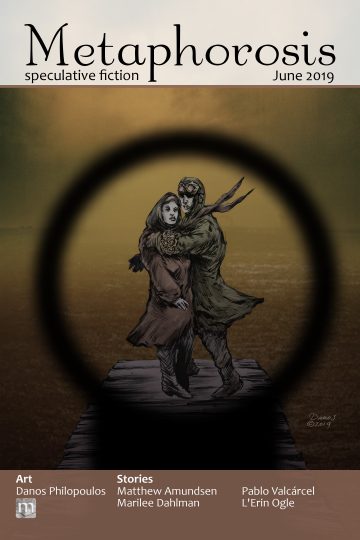 The purpose of the Las Vegas Museum of Space Exploration is to preserve and display extraterrestrial art and material of incredible cultural importance: the Mars Frescoes and Earth’s largest collection of MarsBlood.

GUIDE TO THE MUSEUM

Welcome! Rest assured that your safety is our top priority. Thank you for visiting the finest museum in Las Vegas. Our innovative architecture has won international acclaim, and our exhibits are out of this world! A little history:

The Man. Businessman, philanthropist and explorer Rupert A. Hammer III built this world-class museum. Mr. Hammer famously said, “I bet on red and I won.” The red he was referring to was, of course, the planet Mars.

After trumped-up human trafficking allegations cut short a promising political career, Mr. Hammer turned his attention to legitimate off-planet business endeavors. The year was 2060. An international coalition was colonizing the asteroid Ceres to serve as a steppingstone to Jupiter’s moon Europa. Mars was not considered a desirable target for new discoveries or exploitation.

Enter Mr. Hammer. He uniquely saw financial potential in the red planet. He built the fastest freight spacecraft ever made, and responsible government officials awarded him a contract to ship equipment and workers to the growing colony on Ceres. Hammer predicted that his interplanetary shipping venture would break even after his first delivery and become profitable thereafter. Plus, he had another plan to generate revenue: on each return trip, he would stop at Mars and fill his empty cargo holds with something—anything—that might sell on Earth. Ever the perceptive businessman, he reasoned, “If people will pay thousands for a gram of moon dust, what would they pay for a pound of Mars rock?” Scientists had already studied the planet’s geology and warned that there was nothing worth the expense of hauling to Earth in great quantities. Hammer ignored the naysayers.

Using discarded mining equipment that had functioned sub-optimally on asteroid rock, Mr. Hammer blasted out a quarry on the softer surface of Mars. They say that fortune favors the bold, and that certainly happened here. Hammer discovered a strange material that would, quite conveniently, be highly economical to ship: an extraordinarily light, iron and magnesium-rich mineral that possessed a sponge-like molecular structure less than 1% the density of steel but twenty times as strong. It was pink-colored and malleable, much like Earth-based clay. Manufacturing conglomerates, scientific research organizations, and various governments subsidized Hammer’s subsequent journeys in exchange for mineral samples. Hammer hired an army of attorneys to maintain a monopoly in the ore, which was justified, given the risk and expense of his efforts. The potential applications for the new mineral ran the spectrum from spacecraft design to dental fillings.

Experts disagreed on the origin of the material and even its existing composition and structure. Some theorized that its molecular structure shouldn’t be considered rock at all, and was, in fact, akin to the complex fibers of Earth-based natural spider silk.

At a plant near the Nevada Commercial Craft landing zone, Hammer fired the Mars clay into uniform-sized bricks. Each brick retained an incredible strength-to-weight ratio and gleamed a lustrous red without need for any paint. Hammer marketed them as ‘MarsBlocks’ for use in urban construction. Public demand was insatiable for such rare, beautiful, and practical extraterrestrial building material. Hammer focused sales in Las Vegas and set premium prices. This city had an ideal mix of wealthy and tasteful consumers, proximity to the brick factory, and flexible building ordinances.

The Discovery. In 2072, on Mr. Hammer’s third trip to Mars, he made the greatest discovery of all time: the Mars Frescoes. Beneath the surface of the planet, Hammer a discovered a cave with hieroglyphics on the smooth pink walls. The images depicted nude women bathing in a vivid red stream. They were humanoid women, with bodies similar to ours, each with a head, limbs, eyes, nose and mouth. But they were alien, too. Their eyes and ears were significantly larger than ours. They had seven-fingered hands and long, fluid limbs. Their facial expressions were pleasant. Hammer personally funded the preservation of this glorious art and has made it accessible to all on Earth.

At first, many questioned the authenticity of Mr. Hammer’s find. Subsequent events erased all doubt that this explorer had discovered true evidence of alien life. Some suggested that Hammer stop MarsBlock production until his discovery could be fully investigated. He boldly continued and proclaimed, “development is our destiny.” Mr. Hammer spent the next fifteen years excavating the Mars Frescoes, delivering them safely to Las Vegas, and producing MarsBlocks in ever-increasing quantities. He built a futuristic castle-home in the desert constructed almost entirely of MarsBlocks. He began construction of the Hammer Interstellar Hotel & Casino on the Strip, also using MarsBlocks.

The Aftermath. To this day, no one knows why the oozing began. The phenomenon gained widespread attention when Hammer did a live online tour of his new MarsBlock three-story pool cabana. A red drop splattered on his bare shoulder. He calmly transferred his cigar to his other hand and wiped off the red substance, looking up at the ceiling in surprise. It was a moment replicated in countless ways across the city. MarsBlock walls, floors, ceilings, staircases, counters—all parts of construction, in all types of buildings—began, very slowly, to melt. It didn’t seem caused by a simple change in temperature. The resulting red liquid wasn’t corrosive or harmful. But it didn’t evaporate, seep into the ground, dry up into flakes, or otherwise disappear. The liquid seems attracted to itself. Often, two nearby red pools will thin and spread out until they connect. Eventually, the substance briefly re-hardens into slabs, and liquefies again. To date, the best scientists have not identified what triggers these cyclical changes in form. Most agree that with each cycle, the substance’s molecular structure becomes slightly more complex.

Tourism suffered somewhat. The globby red liquid became known as MarsBlood. Hammer’s castle-home and large sections of Las Vegas dripped down. The sticky substance formed large, thick pools around the city, from the Strip to the suburbs, and the National Guard closed streets and performed evacuations. Hammer’s financial empire teetered on the brink of disaster.

MarsBlood looked unclean and many were disgusted by it or even afraid. It smelled metallic and had the texture of melting candle wax. Some animals and daring humans tried drinking it, and it wasn’t too harmful in small amounts unless the stagnant, thick liquid was infected with Earth-based harmful bacteria. In some respects, it may be healthy. Plants growing near it seem to flourish. Animals are attracted to it, and dogs, in particular, will sit contently near a pool of MarsBlood for hours and protect it. Experts continue to analyze for any sign that the MarsBlood itself may be some kind of intelligent life. Obviously, there is a lot we don’t understand. The smartest people in the world are working day and night to unlock the secrets of MarsBlood.

Mr. Hammer faced significant public pressure to address the crisis. He rose to the occasion. His first idea involved delivering huge amounts of sand and cotton to soak up the MarsBlood at the Hammer Interstellar Hotel & Casino and Hammer Interstellar Stadium construction sites. It didn’t work. At its worst stage, an astronaut commented that from space, “the lovely blue marble Earth looks like it has a popped, bleeding zit in area of Vegas.”

The Solution. You are standing inside the sublime resolution to the crisis. A soaring, some say cathedral-like, ruby-red museum built with collected MarsBlood. This is a collaborative public and private space designed to implement a policy of respectful containment. Government inspectors assess its safety on a daily basis.

Originally Mr. Hammer’s idea, this is how it works: trained experts pour MarsBlood inside specially designed glass cubes. Each cube, a uniform thirty centimeters on each side, has exterior layers of laminated glass strong enough to repel bullets and withstand earthquakes and tornadoes. The inner layer is an ultra-thin, flexible glass that allows sufficient empty space for the MarsBlood’s periodic transition to solid form. Each resulting glass container is a brilliant crimson MarsCube. MarsCubes, along with concrete and steel supports, form the walls, floors, ceilings and stairs of this stunning and structurally sound twenty-story museum.

The Future. What’s in store for MarsBlood, and ourselves? From the desk of Mr. Hammer himself:

Make no mistake, I believe the rumors about the MarsBlood hands. I’ve seen one myself. One day, not long ago, I was sitting in my top floor museum office, where I keep a prototype MarsCube. Before my eyes, the red liquid formed a hand. Its seven fingertips briefly pressed against the glass and dissolved back into formless liquid. Some say that such a hand wants to be free. Remember this—no matter how exquisite, a hand can always close into a fist or wrap around a neck. Perhaps the MarsBlood’s mesmerizing, red-apple sheen may itself be an aggressive trait, much like the brightly-colored lure of a predatory plant.

We don’t know everything about MarsBlood, but we do know ourselves. As human beings, it is our nature to be assertive, inquisitive and industrious; therefore, development—not just discovery—is our destiny. Now we face something greater than destiny. This is about survival. Some argue that if MarsBlood births into an intelligent, humanoid life in the state of Nevada, the being(s) would have constitutional rights of citizenship. Some want MarsCubes transported to the desert (or even all the way back to Mars!) and emptied in order to allow the MarsBlood to unite and evolve freely.

I disagree! I believe, like many others, that we should put our safety first. Let scientists have more time to analyze the substance. It seems that MarsBlood has no ‘MarsBrain,’ or at least won’t for quite some time. If it has no brain, it can have no consciousness or emotion. A 4×4 wood beam was once part of a living tree; do we attribute feelings to it? The MarsCubes are a perfect, sensible solution to allow all of us to view alien life. At the present time, layers of bulletproof glass contain the MarsBlood in a safe, respectful manner. And my solution supports the interest of transparency. All of us, for the price of a plane ticket (Hammer Interstellar Hotel offers excellent hotel/flight packages) get to participate in this journey of discovery. What will happen next? If not for the MarsCube, how long would it have taken to learn that the MarsBlood has concentric whorl fingerprints? Would our own government have told us, or not?

I am happy to announce development of an elegant super-cube that would provide more space for the MarsBlood to evolve into whatever it wishes. If there is enough popular demand, I could unveil the new super-cube as early as next year! Rest assured, I will fight all efforts to close down this museum. Our collective exploration and understanding of our neighbor, the beautiful red planet, has only just begun.

The Mars Frescos are located in the Atrium of Adventure, directly ahead. What we ask:

As a supporter of the museum, you will help to preserve MarsBlood in a secure and responsible manner. All humans, this generation and the next, deserve the privilege of seeing this strange, un-Earthly substance. Here at the museum, alien mystery is almost close enough to touch! Please stop at the Crew Member Kiosk for information on membership levels and benefits.