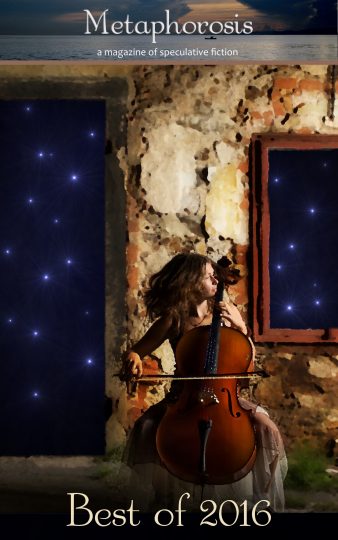 I didn’t actually want a dog, so I guess I got what I wanted. The little guy belonged to my grandma. I don’t know many old ladies, but I still feel confident saying that she was a very cool old lady. She was 85 when she died, but she wasn’t that “so old it hurts to look at you” kind of 85 that makes death a blessing. She was more of a “gardening every day, …

Q: Do you often include animals in your stories? What role do they play?

A: I hadn’t really noticed before, but yes I often do include animals in my stories. I suppose animals have always been a big part of my life, so it makes sense that they have found their way into my fiction. As for the role they play in my writing, I think having characters interact with animals (positively or negatively) is fertile ground for character building. Harming or helping an animal in a narrative carries serious emotional weight. Beyond that, I’m interested in themes relating to human beings’ interaction with and/or separation from the natural world. I think I’m often aiming for the animals in my writing to be emblematic of a broader sense of nature.

Jarod K. Anderson’s story “My Dog is the Constellation Canis Major” was published in Metaphorosis on Friday, 8 July 2016. Subscribe to our e-mail updates so you’ll know when new stories go live.

Formerly, Jarod taught English at a University in Ohio. Currently, he works to raise money for a wide range of college scholarships. He writes about education by day and ghosts, monsters, and magic by night. He lives in Central Ohio with his wife and two rescued pups.

Jarod K. Anderson’s story “My Dog is the Constellation Canis Major” was published in Metaphorosis on Friday, 8 July 2016. Subscribe to our e-mail updates so you’ll know when new stories go live. 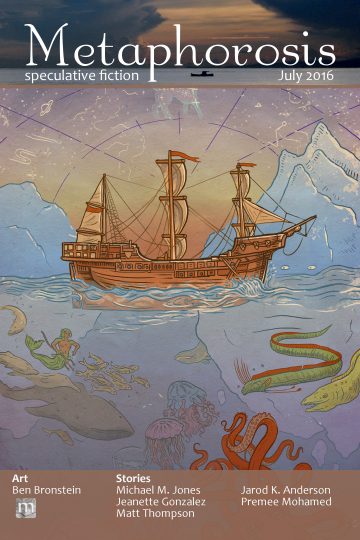