Laura E. Price’s story “The Lost Languages of Exiles” was published in Metaphorosis on Friday, 8 September 2017. In many ways, “The Lost Languages of Exiles” is a story that you can read to get to know me. I wrote the last scene first, a long time ago, and it lived on my hard drive for a long time after that, because I didn’t think I wrote romances. I liked it quite a lot, though, … 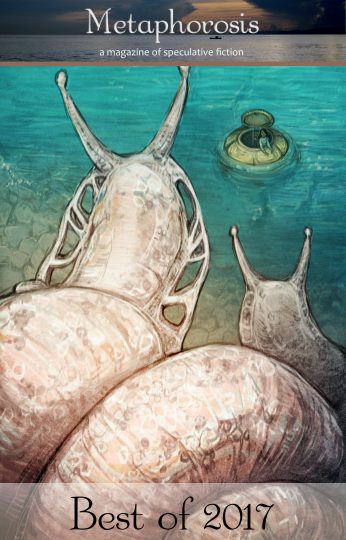 Stories of snow queens and their daughters, of invisible giants and their vanished lovers, of curses and quests and searches for meaning.

The shoes they gave her don’t fit. She notices in the waiting area of the IWT counseling office and holds one foot out in front of her. Wiggles her toes and feels them rubbing against the inside front seam of the shoe. It’s felt like this since she put it on, but she’s just now stopped long enough to really feel it. The shoe is canvas and rubber, a basic sneaker, and probably half a …

Q: Why do you write speculative rather than realistic fiction?

A: The very first time I was ever asked this question, it was as part of a workshop during my final semester of college, posed to the entire class by our professor, in a tone of voice one usually associates with the exhausted parents of unruly teenagers. It boiled down to, “this story is good, why is it science fiction?”

The story was mine, by the way. I didn’t really take the complimentary part to heart at all. I did take the other half of it more to heart than I should have. I spent a good chunk of my graduate school years and beyond writing realistic fiction and feeling really, really defensive any time I wrote anything even a little speculative. “It’s literary!” “It’s magical realism!” “It’s outsized reality!”

Around ten years ago–right around the time I had my son, so maybe the sleep-deprivation helped lower my inhibitions–I stopped writing any realistic fiction. I started writing things because I wondered if I could–can I write steampunk? Epistolary steampunk? How about a superhero story? Sea monsters? Giant fight scenes and a homunculus? Love story complicated by time dilation? I don’t know–let’s find out!

And I realized something that is, ultimately, the answer to the question posed above. I write speculative fiction because it’s cooler, and it’s way more fun.

Laura E. Price lives in southwestern Florida with her husband and son, both of whom do their best to not interrupt her as she’s writing (mostly they succeed). She has degrees in English and writing from the University of Evansville and the University of Louisiana, Lafayette. 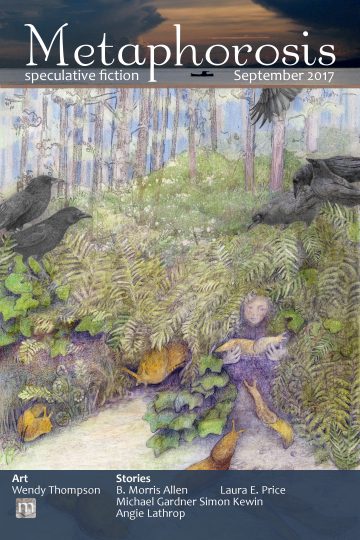