Luke Murphy’s story “A Sacrifice for the Queen” was published in Metaphorosis on Friday, 26 April 2019. I wanted to submit a story to an anthology on the theme of alien invasions. I had a spark of an idea: I was intrigued by how, in the ancient world, a city might have its own deity. Athena, for example, was the goddess of Athens. I asked myself what that would look like in the modern world. …

Long before dawn I give up trying to sleep and walk around the apartment packing some essentials into a travel bag. If things go badly today, I’m prepared. As I’m putting my government passport into my purse, a wave of nausea sloshes through my guts. I make it to the toilet this time. When the heaves subside, my phone buzzes with the first of the day’s texts from the boss. From Insindiso, Queen of Toronto, …

Q: Do you live near where you were born? Have you traveled much?

A: I was born in a city that no longer exists: West Berlin, during the Cold War. After the collapse of communist East Germany in 1989, Checkpoint Charlie and the Berlin Wall are just tourist attractions now. I like to revisit it as it once was by reading Len Deighton’s spy novels of the era. I grew up in the city of Kilkenny in Ireland, where I went to Jonathan Swift’s former school. Toronto’s my home now, but I still love to travel and have lots of places I want to go. And some special places I’d love to go back to, like Istanbul, the Indian city of Udaipur, and a tiny village in the foothills of the French Pyrénées.

Luke Murphy was born in West Berlin, grew up in Ireland, and now lives in Toronto with his wife and daughter. He is a freelance animator and writer, with his TV work appearing on places like the Discovery Channel and Nickelodeon. 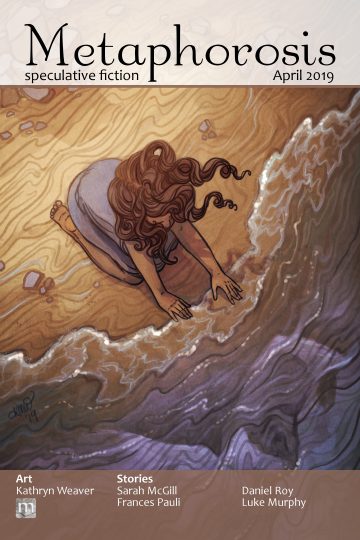